mrmopar said:
There is a statue of Steve Garvey that rarely comes up for sale. I forgot the maker, but the statue itself or a cert that comes with it (don't recall now), states that there were supposed to be 2000+ pieces. I am certain I read somewhere where it was documented that they stopped selling them for some reason and only a fraction of the proposed run were actually made and sold, maybe 200 or less. I suspect this happened a lot with items that were not regularly sold year after year (like baseball cards). Companies would try to sell something and find it to be less popular than they figured and either stop productionat some point or not continue with it on subsequent items within their issue.

I know this is all vague and not based on any hard evidence, but the lack of items in the marketplace is almost evidence alone. Things pop up from the turn of the century all the time now, but porcelain cards of common players reported to be made in a 1000 piece issue in the 90s, the boom of sport collectibles, have never surfaced. Unless someone is hoarding some for unknown reasons, I just don't buy that they were made and/or distributed.

I'll also share another semi-related story that has to do with a college football card that was "never issued". i'll keep the specifics anonymous, just in case. I ran into a guy who had 100s of them, probably the unissued quantity, minus those he had sold over time. He was keeping the market price at the going rate for the few and far between singles he released, yet he could have let them all out and blown up the market price. However, his shop closed years back and he seems to have disappeared. Don't know what became of his stock. Maybe it is still locked away in some storage unit, waiting to be discovered in 20 years? Kind of like what happened with the guy that disclosed on message boards a year or two ago that he had a 800 count box of the previously impossibly hard to find 1989 (or was it 90) UD Mike Witt black box. He was selling them for as low as $30 at one point, but still trying to hold on to part of their value, as he also could have essentially wiped out most of the value. people who are aware still probably would not pay much, knowing that another 700+ still may exist out there. I don't care about the card and have not checked, but the guy may still be selling them a few at a time.
Click to expand...

100% agree people hoard things for years another example 1998 Topps Sportz Cubz, believed one set and 5 sets were sold buy a former Topps Employee. Just like you mentioned a lot of unknown. Do I believe there are 1000 even 5000 commons floating around of a player no but I do believe 1 of each was made and more than likely all the star players as they sold. 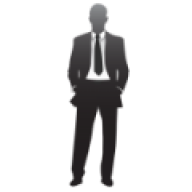 Tracked a few more of these down from the Set but no Belle. Must be pretty rare.
W