I tried to buy up as many sealed or loose card sets of the talking teams as I could find for a while, but like anything I was not truly committed to, I gave up. I have lots of semi-complete projects kicking around within my entire collection.

The very first SLUs I bought were football. I know it says baseball was first, which seems odd because McInally was a football player too, but I guess that was the way it was. I bought 3 1988 Raiders toys (Allen, Long & Christensen) and then that was it. I opened them, but carefully saved the cards and the figures in like-new shape. I never bought another SLU until much later (1994). Of course, this was right at the start of the only "off" period of my collecting career. I joined the Navy in Nov 1987 and aside from a few things here and there early on 1988/89 or when I would return home for leave, I was essentially out of collecting.
J

Like I said when I posted the Kenner SLU above would come back as I thought I had more
Although he was not on the Red Sox I still collected Fisk so I slabbed his stuff
Also located my 1990's Clemens Starting Lineup slabs later in same box.
Unsure why I had the 16A slabbed authentic- can't remember why too many years and slabs ago.
I do know that the 16A card is frequently found off center- so bad most grade 8 or below.
This one is actually one of the better centered ones I have seen. 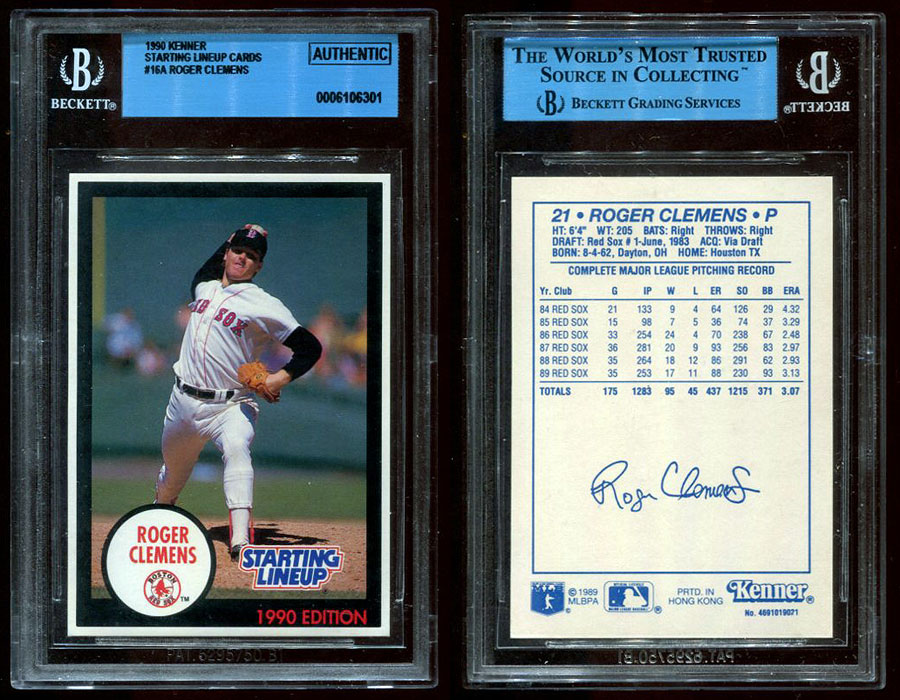 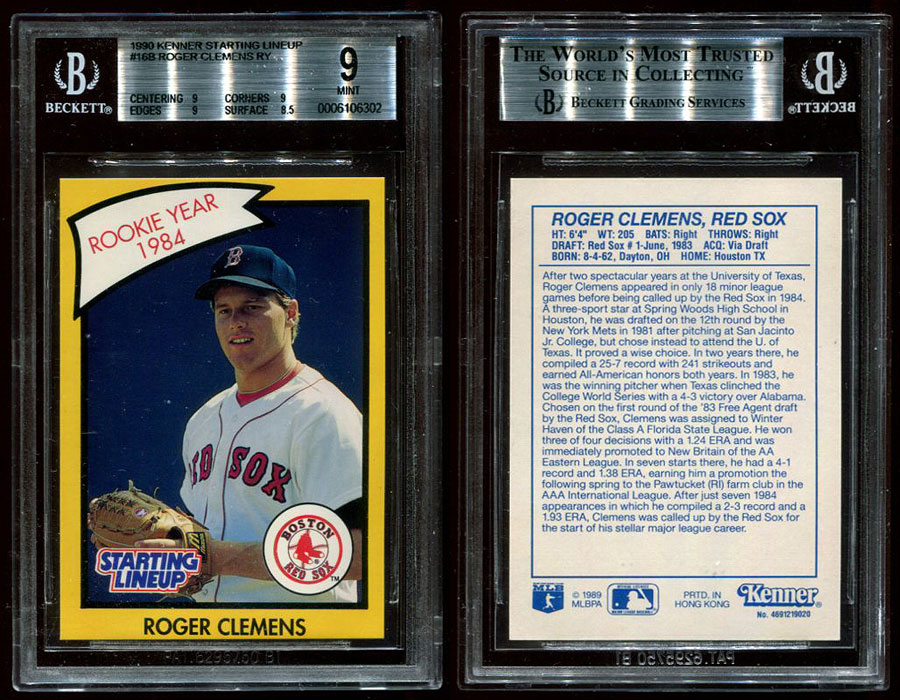 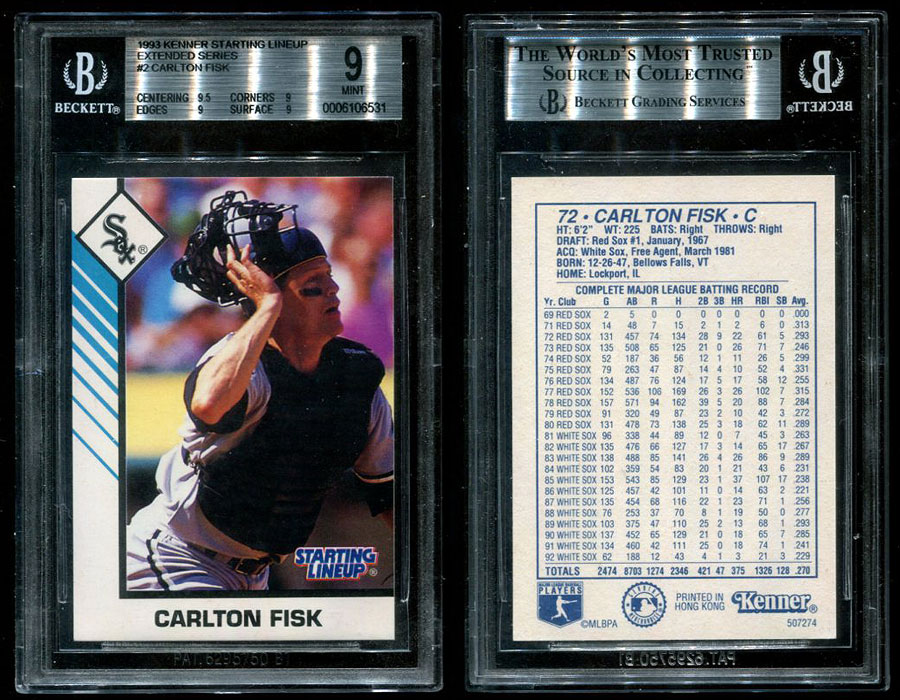 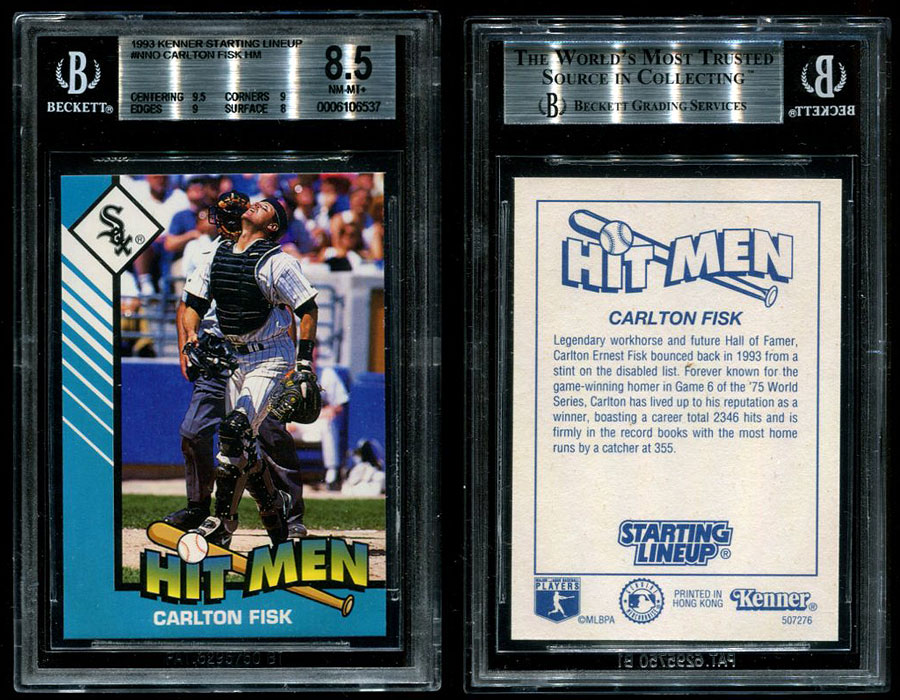 Interestingly the back of the 1990 set highlights the many additions to their line up they made in 1990 after being taken over by Tonka- nearly double the players and output. Included a lot of the hot rookies of the day. 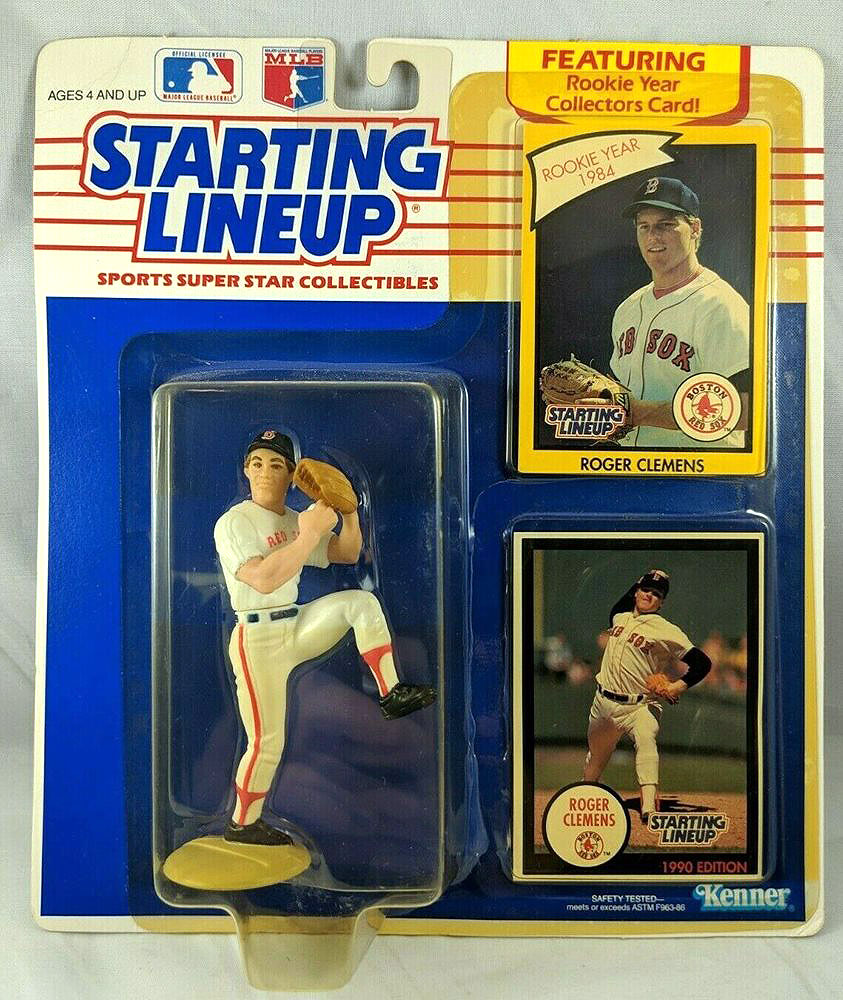 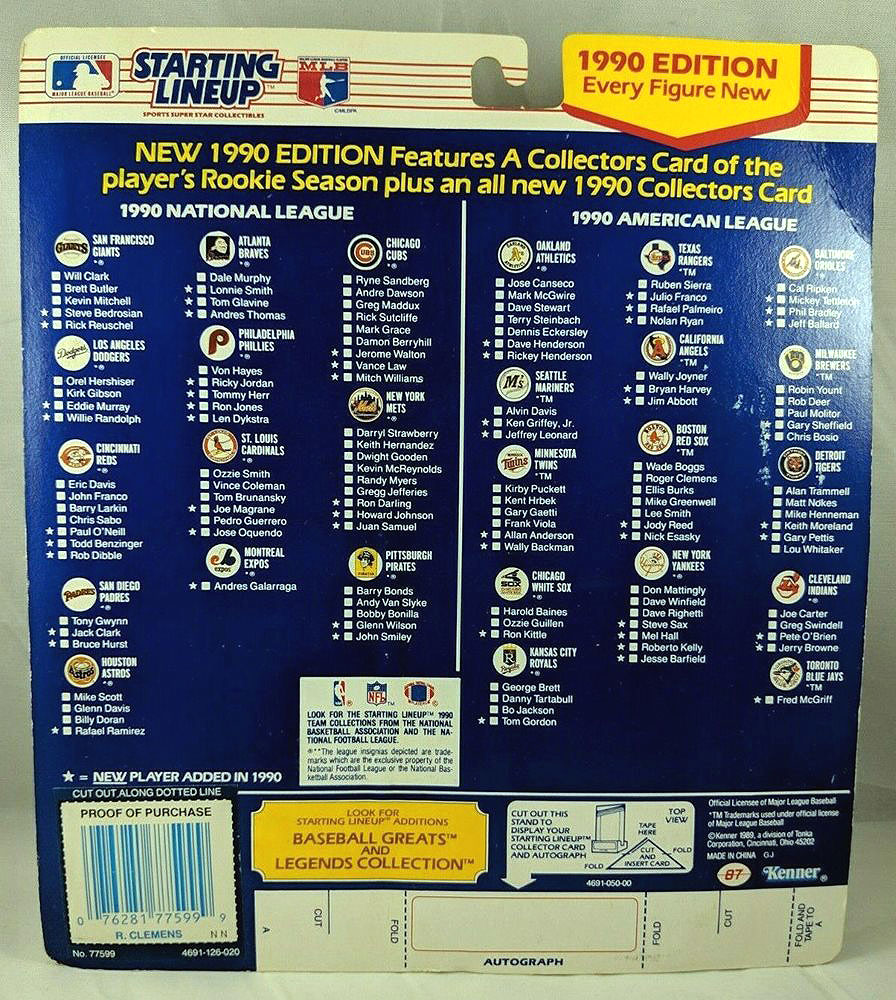