This set will likely continue to be just like today's batters...all or nothing. As with anything artistic is open to interpretation, I think some of these are super cool and some are miserable, I expect the same from the upcoming releases. Regardless I think it's a neat idea to just commission artists and let them go HAM on a project like this. I like the Gooden and Rivera the best so far but some of the others are ok.

I think I shared this guy's work before. His ebay ID is sfzorroplayer. I believe he basically took cheap Topps cards and painted over them, taking some liberties with color schemes and such, but leaving the basic design the same. I liked them, so I picked up the Garvey cards he did and then commissioned him to do the missing ones through 1981. He'll do most players/cards and the fee is pretty reasonable for an original piece of art on top of a real (or reprint if the card is too spendy) card.

Agreed. Give them credit for trying something new but good lord these are terrible. Utterly crap.

Sent from my SM-G950U using Freedom Card Board mobile app
Click to expand...

What in the f is that Mattingly?!? And the George Brett?? I didn’t think it could get worse than the Griffey.

I could hire a class of second graders to do better work - no joke.

Yeesh. I like off the wall oddball stuff, but those are pretty bad. Guess you can't hit a home run every time at bat, but these are the equivalent of trying to bunt, popping out to the pitcher, who then starts a triple play.

This reminds me of one of a classic website:

Those are fuggly.
B

banjar said:
This reminds me of one of a classic website:

That guy is hysterical, no idea how serious/sarcastic he's trying to be but it's comic gold.

They just added Mays. This card is very nice, first one I can say that for.

It's 100% sarcasm and mockery. But I love that guy. I think I read his first post in the early 90's, which makes me a total aging hipster


bstanwood said:
That guy is hysterical, no idea how serious/sarcastic he's trying to be but it's comic gold.
Click to expand...

I don't get these artists/concept type sets. No one really wants them. The set completest may want it but not sure it's a centerpiece of their collection.

Are these supposed to be Andy Wharhol'ish like the Campbell's soup can thing that made him famous? I don't get this type of "art" as my 10yr old brought home all kinds of art like this since he was 3yrs old.

These cards are so ugly they can be a modern art masterpiece. It's embarrassing when the nicest looking card (Tony Gwynn) is based off the 1991 Fleer design.
S

No question their appeal is very selective, but I have been thinking hard about chasing the set, and so far I've seen quite a few others that are, too. They've sold between 1200 and 3300 of each card so far, comparable to Living Set. Sure, a good number of those purchases are likely bulk lots from dealers and speculators, but they're still sales nonetheless. The proofs all sell out instantly each day, though that's likely more a function of speculators simply buying up the limited supply because they're always going to be able to sell for a profit on the flip, and so far the profit has been over 100%. Once the first round of 20 players has been completed and people see what all the artist's styles are like, collectors will probably zero in on either a player or artist they like. But the pace and the price is just too much for me to take on at ~$38 a day.

IMHO, the Gwynn is more of a reference to a mid-century stationery design that 1991 Fleer, though it certainly does appear to have been a disappointingly minimal effort. If it had something with a little more verve on the typeface, or a little more than a straight reproduction of the photo, it would be more appealing. Something like this:

With the other work, sure, some are a lot more interesting and palatable than others. But I'm taking the long view that it will be interesting to watch as time goes by and the full set fills out. If they maintain the same styles on all the cards, I'm betting at least a few stand out and become popular once people get over the shock. The Gwynn is boring by itself, but all when you line up all 20 players, I bet it ends up looking very classy. The Mattingly looks childish, but line up all 20 and the consistency of the style makes it more appealing overall. Plus, things being what they are and Topps not exactly having the best marketing team, I wouldn't be surprised if a large number or even the majority of collectors haven't heard about them yet, or at least are bewildered by what they see on ebay when they search for their favorite players.

Now these are more like it.
Although I always thought his name is Ken GRIFFEY jr, not Griggey

Some of them are starting to look neat. This Gibson has a very interesting design. Reminds me of some of the Topps Mock-Ups that have made their way into the hobby. i think Olbermann owns most of them.


I would enjoy a set with that border design. 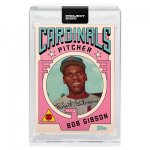 So, my thought when these came out was that they are horrible, terrible designs. That still rings true for all but 2-3 of them. But this one just released today looks pretty awesome and like it was designed by an actual adult... 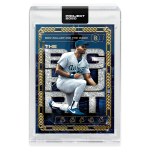 The latest Henderson is unreal.

Got this in today: 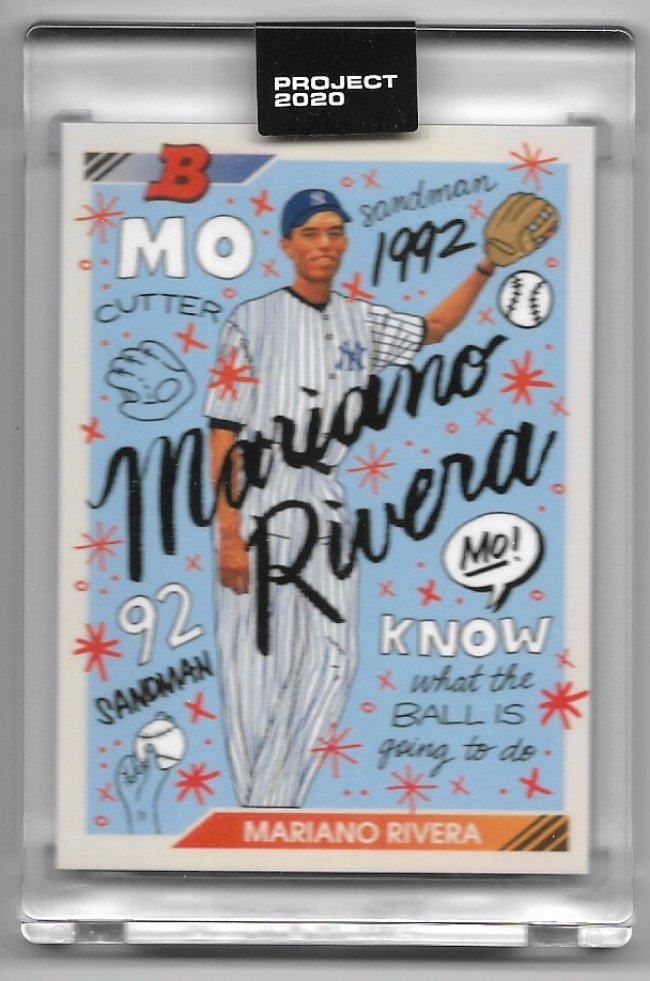 I don't have it in hand yet but I really like this Jeter.