A few years ago I posted a set spotlight that I had written regarding Dormand post cards and with that was the progress of the set I was working on (do an advanced search on my name and Dormand and you will find the article). As much as I hated to, not long after I posted that article I ended up selling the partial set I had but always held out hope I could get them back at some point. I have kept my eyes open on occasion for a reason to start picking up these oversized post cards that featured players from the Brooklyn Dodgers, Yankees, White Sox and just a few other teams. Early last week I stumbled on a Ebay listing that seemed too good to be true. Someone had listed the Gil Hodges card with a buy it now for ten bucks and I eagerly purchased it. I received the Hodges in the mail today and was happy to see it measured up to regular size, was not some sort of fake reprint and was original in every way. The Dormand Hodges has an interesting past and was once thought of as one of the most scarce cards in our hobby. Even more scarce than the T-206 Wagner but certainly no where near the value. Years ago, if a Hodges showed up in an auction it was sure to go for 2K or more depending on condition and normally went for higher prices than the Mantles of the same set. Why Hodges you ask? Let me explain.

Louis Dormand was a postcard maker in an era when everyone sent postcards to friends and family while traveling. His usual work included landscapes and landmarks which catered to the traveling crowd who wanted to brag to their friends where they had visited on vacation. In the early 1950's Dormand starting creating high quality baseball postcards using "natural color" techniques which made his cards look nearly photo-like. These postcards were sold at Yankee Stadium and Ebbets Field and featured mostly Yankees and Dodgers of that era, some with different poses but all with incredible color and clarity. The players picked up on the beauty of these cards and would purchase stacks of them directly from Dormand to use as responses to autograph requests. These cards can frequently be found on Ebay with player autographs on either the front or back with mailing addresses for the requester and postmarks on their backs. Needless to say, because these cards were actually delivered through the postal system, condition can be challenging.

Dodgers first baseman Gil Hodges ordered several thousand of these postcards from Louis Dormand but few ever made it into the hobby. It had always been thought that perhaps the quality did not measure up to Hodges' standards and only a small number of cards had actually been produced and the order had been cancelled. For years the Hodges was thought of having less than ten examples in existence and that number was probably correct at the time. This single card garnered bids in multiples of hundreds and was felt to be the most rare regional card ever issued anywhere. Where the story turns is that while cleaning out their father's workshop, the children of Louis Dormand found a few thousand Gil Hodges cards, neatly wrapped in their original packaging, waiting to be discovered. In looking at notes from their father's business, it appears the Hodges cards were ordered and purchased but the Dodger all star failed to arrange delivery, thus creating a scarcity that has been unrivaled in the hobby. In recent years there have been many sales of bricks of these cards and of course, the price has been driven down to levels that are in line with other Dormand baseball postcards but the mystique of being the rarest card in the hobby still follows the card.

I was happy to add this back to my collection and it has sparked my interest once again in this very attractive yet affordable set. If anyone is interested, the same seller I purchased mine from still has a few more Hodges on Ebay for a buy it now of 9.95. This is a charity auction and they had 14 total cards to sell so if you are intrigued by this card and it's history and would like to own one of your own, now might be the best time to get one at a price you will never see again. And no......I have no connection to the auction.

Neat story. I enjoyed reading that.

I remember seeing them in the early ebay days. A lot of them had water damage, perhaps coming from the same batch, although it sounds like that would not be from the batch you describe. Pretty sure I picked up one or two on the cheap, but can't remember now. 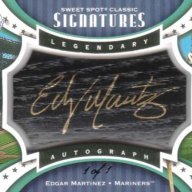 Thanks for the read.. I snagged one since it's for charity..

Some time back, that seller was doing dutch lots, showing marvelous stars and vintage cards. I am almost always leery of that type of seller, regardless of the circumstances. I hope they are legit. They have been selling on ebay for a while now and have a 100% rating, so i suppose there is a good chance they are on the up and up. They seem to have a never ending supply of good stuff, that is for sure. Great donation sources...

Great story. Thanks for the information.


Sent from my iPhone using Freedom Card Board
J

A precursor to the 1990 Upper Deck Mike Witt. After 25 years of it being one of, if not THE rarest cards of the junk era (well under 50 copies counted), it now numbers closer to 1000 copies with the possibility of many more to be uncovered in 800ct boxes like the most recent find. One copy just reached a new low of $52! These were $800 not too long ago.
M

jacksoncoupage said:
A precursor to the 1990 Upper Deck Mike Witt. After 25 years of it being one of, if not THE rarest cards of the junk era (well under 50 copies counted), it now numbers closer to 1000 copies with the possibility of many more to be uncovered in 800ct boxes like the most recent find. One copy just reached a new low of $52! These were $800 not too long ago.
Click to expand...

That Mike Witt card was ripe for this type of overproduction considering what the wise guys at Upper Deck did when they realized they had a million dollar payday waiting for them with the '89 Griffey rookie. What shocks me more about the Witt cards is why havn't we seen a ton of these trickle out sooner? I wouldn't mind owning one because of the mystique it has in the hobby but I guess I Will wait until it hits 10 bucks or less as it surely will do eventually. 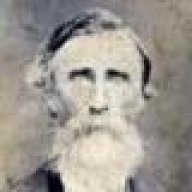 mchenrycards said:
What shocks me more about the Witt cards is why havn't we seen a ton of these trickle out sooner?
Click to expand...

Apparently because they were all in the same box that someone forgot they had.