The previous record had been $3.1 for a Honus Wagner...

The previous record had been $3.1 for a Honus Wagner...
Click to expand...

The previous record had been $3.1 for a Honus Wagner...
Click to expand... 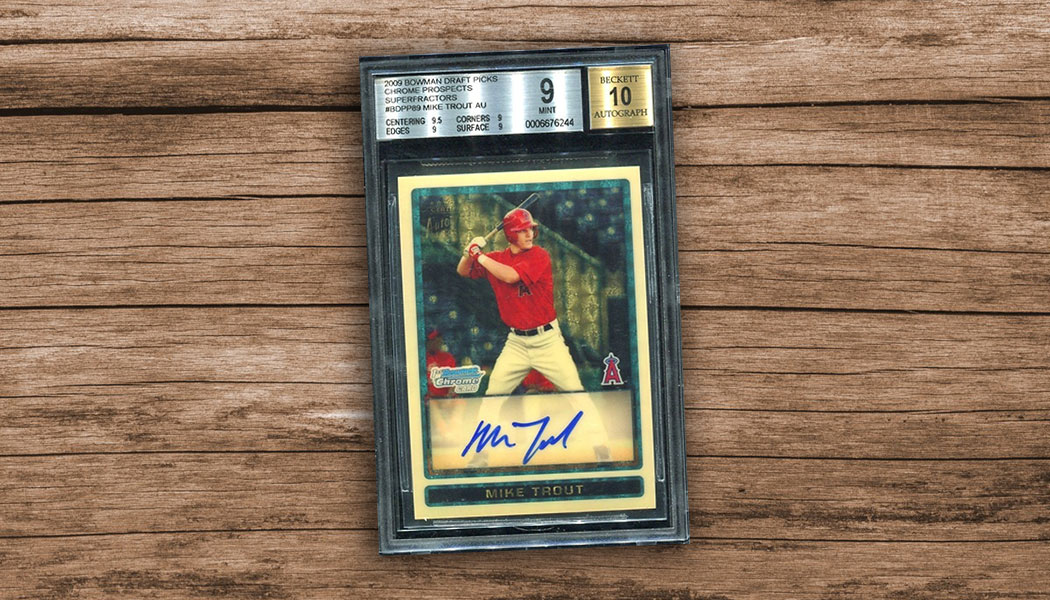 Details on the 2009 Bowman Chrome Mike Trout Superfractor autograph selling for $3.94 million, the most ever paid for a baseball card.
www.beckett.com

It was the 2009 Bowman Chrome Superfractor Auto.

Very nice. I've had one myself but didn't hang onto it. My blue was also going to be part of a trade to aquire a gold ref. auto and I just couldn't pull the trigger on it. I thought it was too much to put into one player at the time. At different points in time, I've had a base BC auto, two BGS 9.5/10 BC refractor autos and a BC blue ref. auto. Sadly, moved them all and now have no 1st BC or RC autos of Trout but hung onto a single 2011 Bowman chrome RC.
G

Details on the 2009 Bowman Chrome Mike Trout Superfractor autograph selling for $3.94 million, the most ever paid for a baseball card.
www.beckett.com

It was the 2009 Bowman Chrome Superfractor Auto.
Click to expand...

It just makes me ill to think about these prices. I try not to judge but that's insane for an 11-year-old card of an active player halfway through his career. The Wagner not being the most valuable card in the hobby anymore is low-key earthshaking, and it's not been replaced by another ancient card in shockingly high grade of an immortal vintage HOFer. Not to mention the base auto is creeping up to $10K. I think about the Tristar show in Houston in July 2012 and half the dealer cases were stacked with BGS 9.5s of 2009 BC Trout (and Harper) autos and I never got a single one. I don't recall what base ones were going for but I remember a gold being offered for either $3500 or $5000 and thinking THAT was insane. He was having a great season but obviously nothing to indicate he'd be able to do it for a full decade and everyone would gravitate toward or go full wild for him. I don't know if I'm ill because pricing is just completely out of whack with my own sensibilities, or ill from envy. Probably both.

I hope these prices continue or atleast stablize. I know we are in a bubble but I hope when that bubble pops, the prices don't plummet, but stay steady.
G

That's more than Tatis' base salary for this season...

Totally insane! If I had that kind of money I'd be sprawled out like a beached whale somewhere in Turks and Caicos... 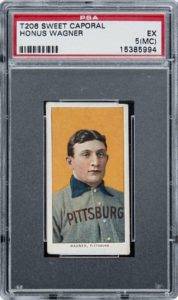 Antiques, Art and Collectibles - What's it Worth? | WorthPoint

At the time, many people in the hobby questioned his decision. They called him things like: “Nuts,” “Ignorant,” “Stupid,” and other cruelties. Sunday morning following the auction, Oancea took to Twitter with his response:

“4 million dollars. I just flipped a piece of cardboard for 3.6 million dollars in 24 months which required no manual labor. That’s more money than each of my critics will ever make working a 9-5 for 40 hours a week for 40 years for a boss they don’t like even like. Cheers haters.”
Click to expand...