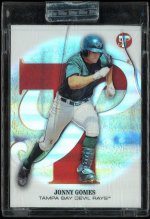 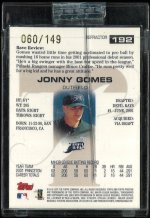 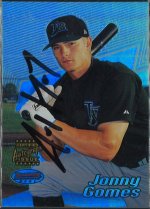 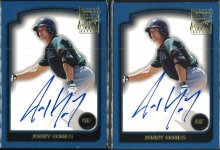 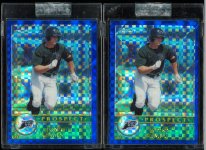 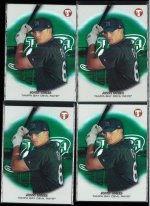 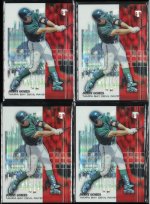 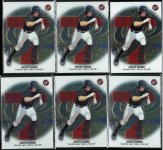 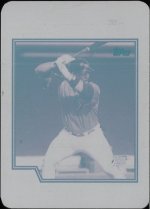 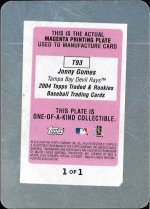 This card technically comprises parts of two cards. The 2004 Fleer Authentix Ticket to the Majors set was numbered /999, and included parallels numbered to /100, /25, and /5. Then there was the autograph booster—a perforated four-times-signed card that could be torn apart and inserted into the others. I have a couple of the boosters (50 were made, I believe), but never had the courage to rip one up. Thankfully, someone else did. 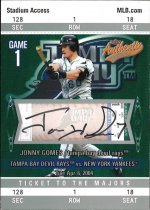 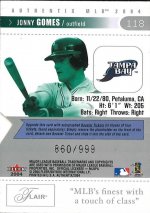 No idea what happened to the other three from that booster. For the sake of it, here's the full set: 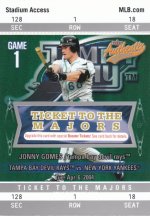 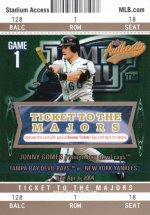 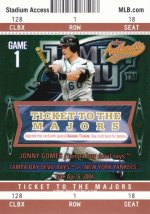 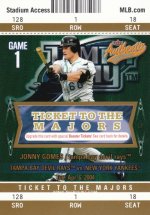 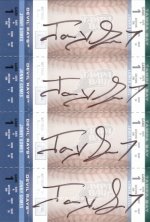 2004 Skybox LE Gold Proofs 36/150. This one features a circa-2004/05 IP autograph from Gomes. His signature soon thereafter got shorter—by now it's basically JGS—so it's nice to have a contemporaneous signature on this one. 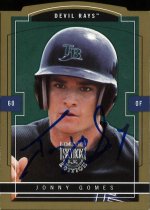 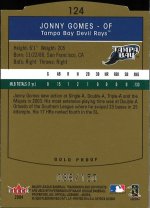 Here's one of Gomes's older brother, Joey Gomes. I didn't start collecting him until later, so probably missed a few 1/1s when they were first issued. The seller of this one said he picked it up when it came out because he wanted a printing plate, but then it just sat in a box for years.

Anyone else think that this looks more cyan than yellow? 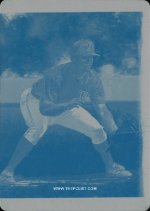 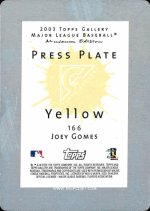 Yeah I think Topps mixed up the stickers, that does not look like any yellow plate I have.
L

One of many side projects related to Gomes is to acquire copies of his cards with contemporaneous signatures (e.g., a 2002 card with a 2002-style signature, and so on). Mostly base cards (since that's what's mostly available signed), but parallels are fun to find.

Here are three recent pickups from 2002: the Bowman Gold parallel, and two minor-league issues. Gomes changed his signature around the time of the 2003 Arizona Fall League, so there was a a limited window for this style of signature. Meanwhile, the Bowman Gold is a parallel, and I haven't seen many signed minor-league issues for sale (perhaps because auto seekers tend to focus on major issues, and/or because those who get team/minor-league sets signed tend to be fans who aren't looking to sell). I'd like to replace them with blue signatures at some point, but very happy to add them for now. 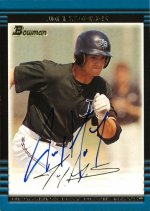 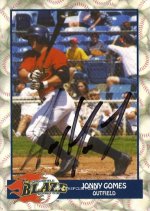 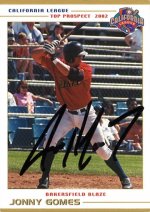 Show a tough card another player collector would covet, as they share space with your player.