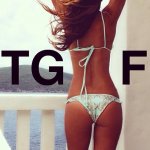 ugh -- Well at least not 13th ---- three times in a row in hospital with others / first time in ambulance / first time rode in police car /HAD a major operation planned --but cancelled that . Got MIL home yesterday , sadly after most a week in hospital looks like she aged five years --- she is 90 . Well maybe i
will get something done today --don't bet on it . meds down chasing with coffee
G

Good morning and happy Friday......ready to dot that i

Going to be a long boring weekend for me. My van won't start. I have an appointment for oil change and what not on Tuesday any way. I think it's just the battery.
G

Afternoon all! Another hot & steamy day. Cold front coming in tomorrow. Will drop to a high of around 80 for a few days. Ready for fall weather.

Dazed said:
Afternoon all! Another hot & steamy day. Cold front coming in tomorrow. Will drop to a high of around 80 for a few days. Ready for fall weather.
Click to expand...

Well, my dad just called. He's just over 3 hours out and the clutch went out on his car. Thankfully he's 30 minutes south of Pierre, SD (where I grew up) and his friend that lives in Pierre has a farm/shop about 20 miles east of where he broke down. His friend is going to get his trailer and haul it back to the shop and then my dad's girlfriend is going to pick him up from there to get him back home. He might grab his other car and come down tomorrow morning instead now.
You must log in or register to reply here.
Share:
Facebook Twitter Reddit Pinterest Tumblr WhatsApp Email Link