The rarest and most joyous of all days, the day when I actually get a non-current year Trent Dilfer card I didn't have!

I have a soft spot for Donruss Class of 2001 First Class Autographs because for the longest time that was the only Tim Hudson autograph I owned...I'm at around two dozen now but I still like that set. I believe I only need Jermaine Dye and Mark Mulder to finish off the 7-card team set, which also includes Barry Zito, Eric Chavez, Hudson, and Terrence Long.

The Gus Varland card design is pretty cool, I like the refractor dots...but young Gus is not very photogenic on his cards.

This card grabbed me. Larry is not looking his best on the card, but he didn't pick the photo either.

I like the history of the hobby as well as collecting the players themselves. I have another Larry Fritsch card that he made as part of a minor league team set he produced in the early 80s, also have a Michael Cramer card from a minor league team set he produced in the 70s, as well as assorted cards showing hobby sellers/personalities Kit Young, Alan Rosen, Rich Klein, Jim Beckett and that may be it for hobby names on actual cards. If anyone is aware of others, please let me know. I may have to chase them down. This one also has a Garvey RC lurking in the background, so maybe it belongs in my Garvey collection!

The second item is a bargain hunter's dream find/win. 2004 Upper Deck Timeless Team. I chased after Garvey very aggressively when this set was new, and it took some effort as there were 4 autographs numbered to 4 for him in the set. In the end, I finally landed all of the regular & gold autographs as well as the base, bronze (50) and gold (5) parallels. I also collected the dual autos and the GU cards. What I foolishly ignored, or rather I was just in a different collecting mindset then, the rest of the autographs in the set. This is a great set and is loaded with great autographs.

I've tried to track down autos when they are not too pricy, in fact I just shared a Jerry Reuss in my Dodger auto thread. It was my first Reuss certified auto. I especially like the gold cards, numbered to 5, signed or just the parallel. They can get expensive though (for example, there is a Gorman Thomas gold auto /5 on ebay now, seller is asking $54.95 obo), so I just wait and jump on bargain deals usually. When a Jim Northrup gold auto listed, I added it to my watchlist, but figured I'd probably lose out in the end. Northrup had since passed away (2011) and I was sure there was a set or Tiger collector watching this too, waiting to "pounce". Northrup was not a big star, but he had a solid career and was part of the 68 Tigers team and was in his prime at that time. 1968 was one of his better years, as he had 153 Hits, 29 doubles, 21 HR, 90 RBIs and hit .264. He followed that up the next season with 160 hits, 31 doubles, 25 HR, 60 RBIs and he hit .290. His career lasted from 1964-1975.

I set a snipe for what I felt was a reasonable price and hoped for the best. Well, you can guess I won the card, as I probably would not be talking about it otherwise. As with many shares online, you want to show people the sweet deals or pulls you had, but sometimes I feel a little guilty when I figuratively steal something at auction and such was the case with this card. I won't tip my hand for future bids, but let's just agree to say that I was willing to pay more than the $3.00 it cost me to buy this card! Of course, there was shipping on top, and I am almost certain it was more than the card price. I was scared the seller would back out, fake a loss or something, but it showed up quickly. Seriously, I do feel a little bad for the seller, as this is definitely not a $3 card. I don't know what happened and why nobody else bid very high, but I won't complain too loudly.

Upgraded my Piniella. Burger King SP.
The Fergie Jenkins was a bonus for my trade box.

Love the 1993 Fleer Set, busted a lot as a kid. So this "would have been" RC autograph is one of my favorite Jeter cards of all time. Sold my copy, and happy to buy this back at a fraction of the price.

Upgraded my Piniella. Burger King SP.
The Fergie Jenkins was a bonus for my trade box.

Love the 1993 Fleer Set, busted a lot as a kid. So this "would have been" RC autograph is one of my favorite Jeter cards of all time. Sold my copy, and happy to buy this back at a fraction of the price.

Sent from my LGLS775 using Freedom Card Board mobile app

I'm not a big Yankees fan but those Posada and Jeter cards are awesome.

Allanson is a somewhat difficult signature, not exactly rare but not super common. The printing plate is a 2016 Finest Sonny Gray magenta plate. I have a boatload of A's plates because I used to be willing to spend more on them but my pickups have slowed recently as I've been more selective. This one was like $8 shipped so that's an automatic buy for a Sonny Gray Topps-brand A's plate. Luckily back when I was willing to spend more, in addition to the piles of less interesting plates I also picked up some Bowman first year plates of Gray, Matt Chapman, and Josh Donaldson.

Stoked to have found one of these Stick to Stick duos. One of the first cards I saw when I got back into collecting last year, only the 2nd one I’ve seen, snagged it as soon as I saw it. Nothing HUGE but was definitely a white whale for me

My buying has slowed, I don't have the kind of cash to sustain the rate I was at for a couple weeks. Nothing yesterday and just this one today:

I've been waiting about 15 months for this redemption, thought I'd never see it. I love it and I want the other parallels, never saw any other redemption on ebay

chippernate said:
Stoked to have found one of these Stick to Stick duos. One of the first cards I saw when I got back into collecting last year, only the 2nd one I’ve seen, snagged it as soon as I saw it. Nothing HUGE but was definitely a white whale for meView attachment 117989
Click to expand...

Sent from my Pixel 2 using Freedom Card Board mobile app

joey12508 said:
You need to get the king hate he went to the capitals

Sent from my LGLS775 using Freedom Card Board mobile app
Click to expand...

Criswell is a 2020 A's draftee, the green auto is /10 and it was less than 5 bucks, so sure I bought it. Morrissey is a former A's minor leaguer that I saw play in the minors and collect...he's an Aussie and this is an Australian card I had never seen before.

Not cards, but really excited about this pickup.

Yankees lineup card is signed by HOF manager Joe McCarthy and the lineup featured Hall-of-Famers Gehrig, DiMaggio, Dickey, Lazzeri and Red Ruffing who pitched a complete game to get the win.

Giants is signed by HOF manager Bill Terry and includes Hall-of-Famer Mel Ott. On the mound for the Giants was rookie and 20-game winner Cliff Melton.

Possibly the oldest pair of lineup cards still in existence. (Don't know that for sure, but by far the oldest I have ever seen)

bstanwood said:
View attachment 118110
I've been waiting about 15 months for this redemption, thought I'd never see it. I love it and I want the other parallels, never saw any other redemption on ebay
Click to expand...

whaaaaa?!?!
I never saw that or the redemption. Don't recall him on the checklist either. He has an 04 sweet sigs that took forever to find
B

michaelstepper said:
whaaaaa?!?!
I never saw that or the redemption. Don't recall him on the checklist either. He has an 04 sweet sigs that took forever to find
Click to expand...

He was on the checklist for sure, I watched an endless amount of this product bring broke and never saw him. Finally saw this redemption pop on eBay and got it for a steal. I've never seen another redemption for him listed anywhere. My only guess is they started inserting the redemption cards then pulled them for some reason so only a couple made it out.
The fleer sweet Sigs is awesome and for a long time was one of only a couple autos he had so Red Sox collectors were hoarding them. 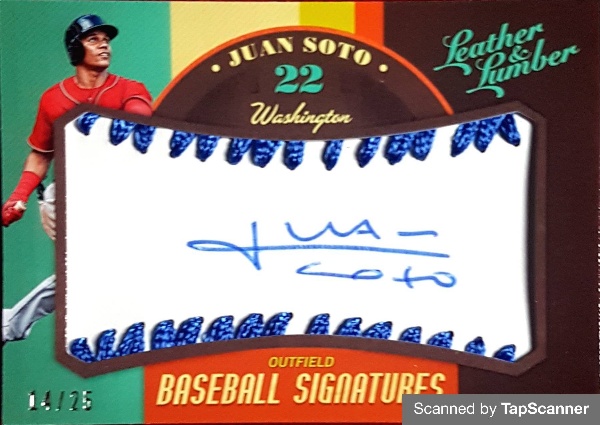 this card has been a pain to get at a decent price. finally snagged one 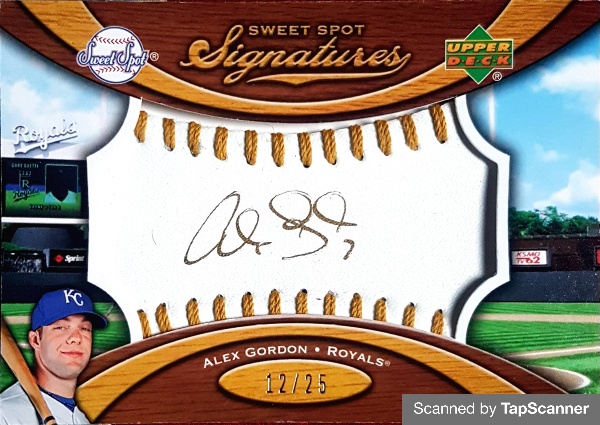 Nothing too exciting. Not sure why I didn't already have that Heritage Chrome Refractor Rich Harden, I wonder if it's a bit of a short print. The Devon White was the last All-Star Rookie I needed as part of my '88 Topps autograph set, so that's neat.

Got a lot of stuff today that at least I am excited about.

Knocking off some autograph needs. The Monday is from 2016, I've had the Blue version since that year but hadn't located the regular version for a price I was willing to pay until now.

Here's the rest of the 1999 Finest Gold Refractor team set. It bugs me that two of the cards are peeled, but not so much that I'd go buy replacements.

A weird mix. The Dilfer 1/1 isn't super exciting as far as 1/1s go but of course I had to have it. The Canseco 1997 Flair Showcase Row 0 was oddly tough to find and I had to settle for paying for a graded copy even though I don't care at all about it being graded. And the Uribe isn't quite as good as his legendary 1990 Fleer card but it's a nice little addition to my set.
You must log in or register to reply here.
Share:
Facebook Twitter Reddit Pinterest Tumblr WhatsApp Email Link