Below is a bunch of the base and parallel items form the 2004 DLP PLAYERS COLLECTION multi-product series
I am sure I have more buried that need slabbing just have no idea where stuff is its why I am working hard on this inventory. Its actually the first full inventory of slabs plus items I've done since I moved to Vegas nearly 15 years ago
Done partial slab reviews but never raw plus slabs so this one's a chore

Makes me want to dig up my 2004 DLP unopened boxes and see if I can flash out some more needs
Maybe a few box breaks !!


First up is 2004 LEAF. This series is simple- your going to have a Green Version or a Platinum version of both Home & Away jerseys. I have the Green PC80 somewhere. If someone has any base Green stuff see me I do buy dupes of the base Leaf items. As you can see I kept my own pack issued stuff in good condition Mint 9 or better is difficult unless one does it themselves. There were just 4 items to worry about in this set= so I'm done with this set as I know I have the PC80 Green somewhere
As you can see the PC81 Platinum is mislabeled meant to get that fixed- will do so ASAP

BASE PC80 GREEN IS CURRENTLY MIA 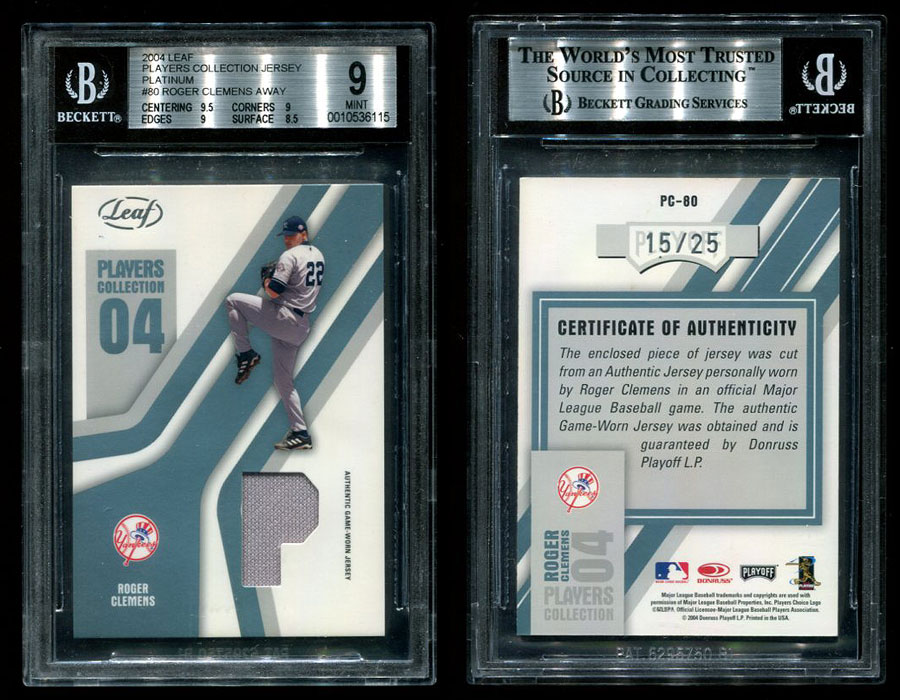 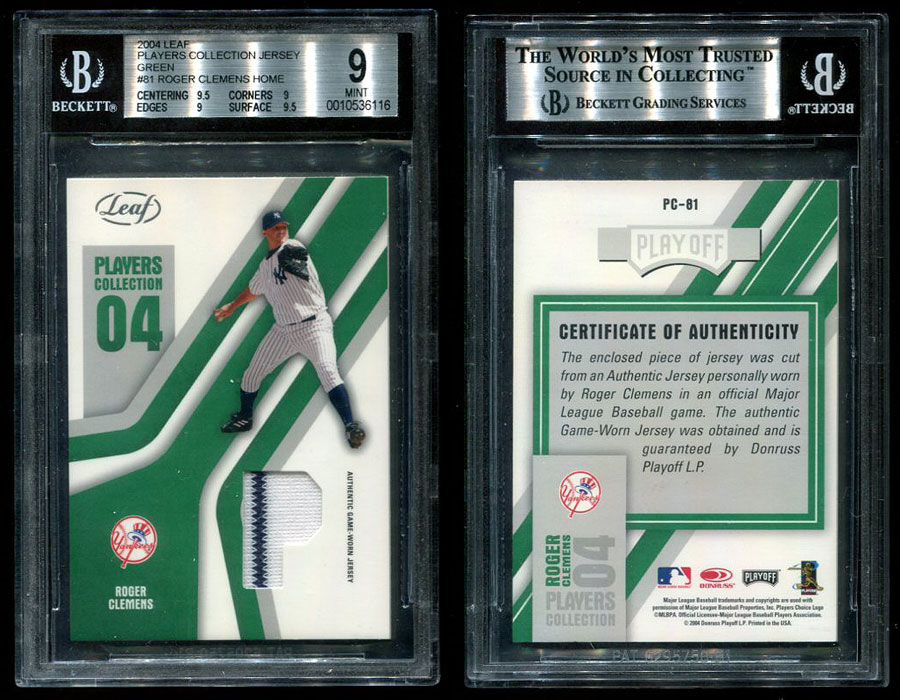 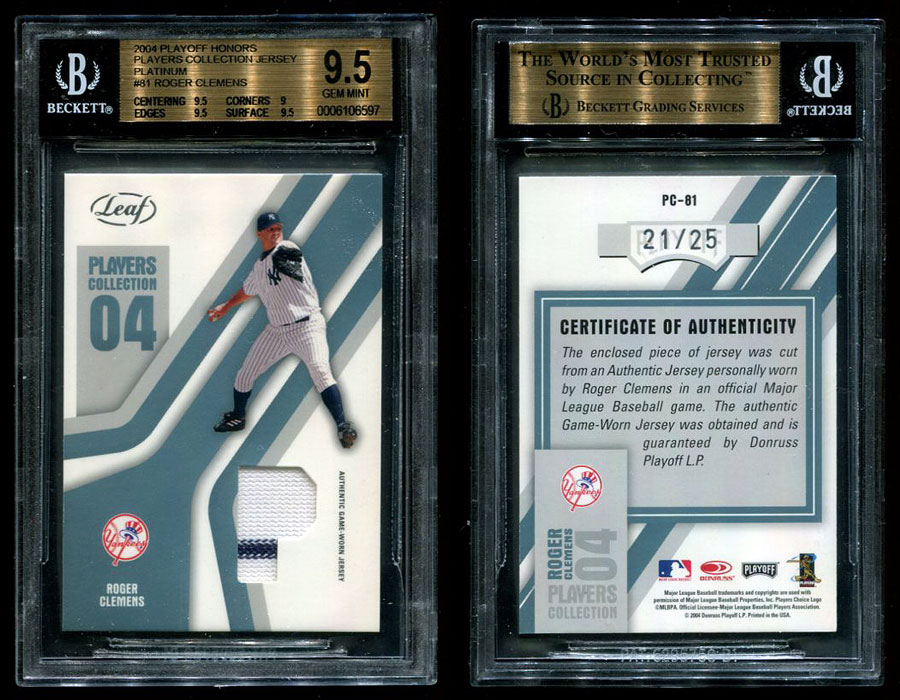 Next up is 2004 PLAYOFF HONORS versions.
This one gets tricky. There are FIVE total items you could find for the Player Collection Jerseys

I literally have zero clue where I stand here. Have not looked at my raw stuff in years on this one or some graded stuff either. Will have to spend time in 2021 looking up what I have and what I may still need. Its now on my 2021 "hobby" list of stuff to do

These two were in the box- the next 2 Blues I know are slabbed just need rescanned - and the balance ???? will need to check it out. The Golds are incredibly difficult to locate if you've ever tried getting your player. 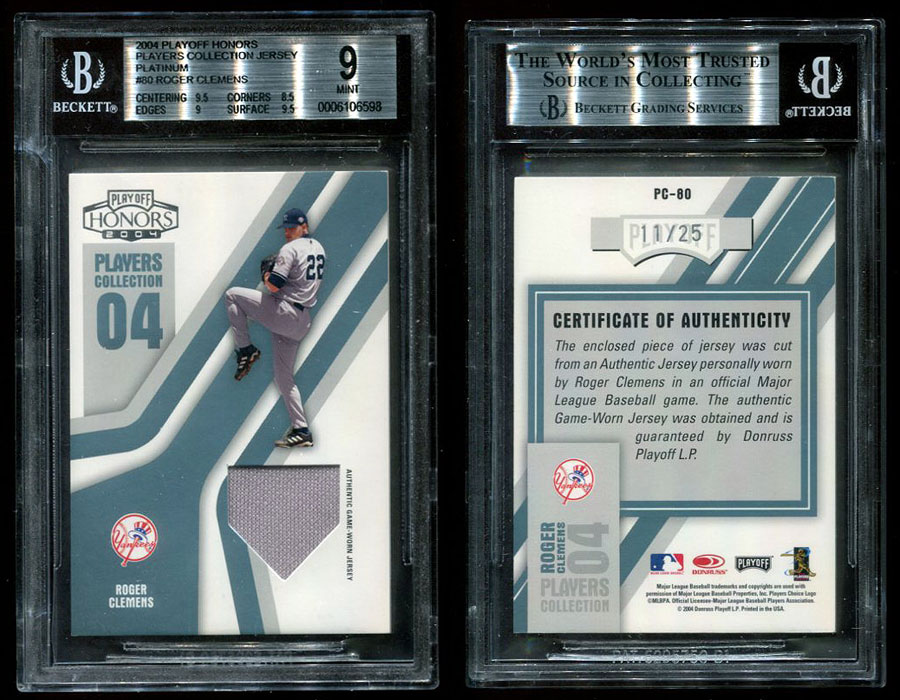 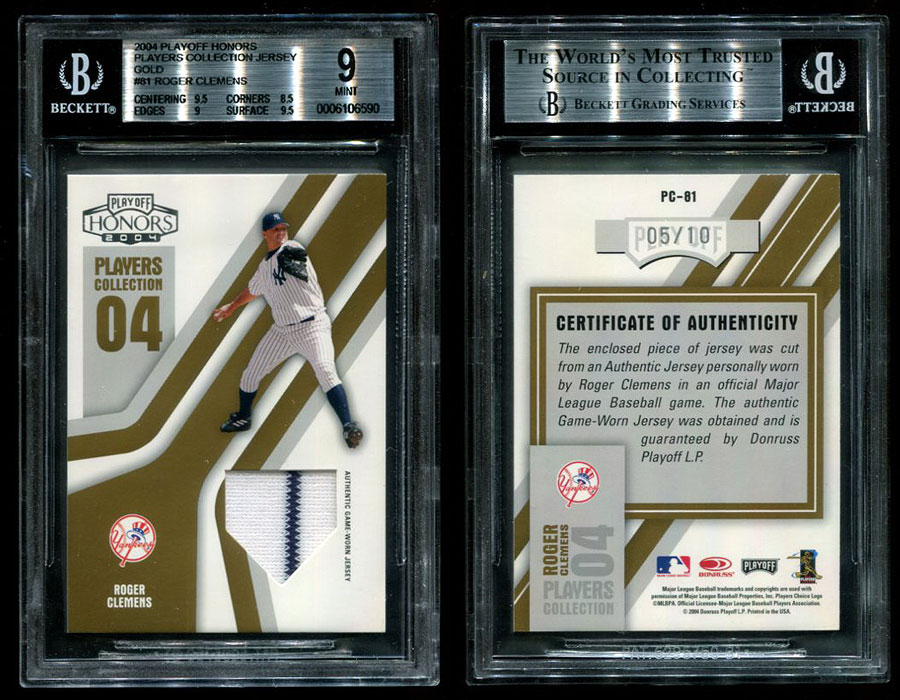 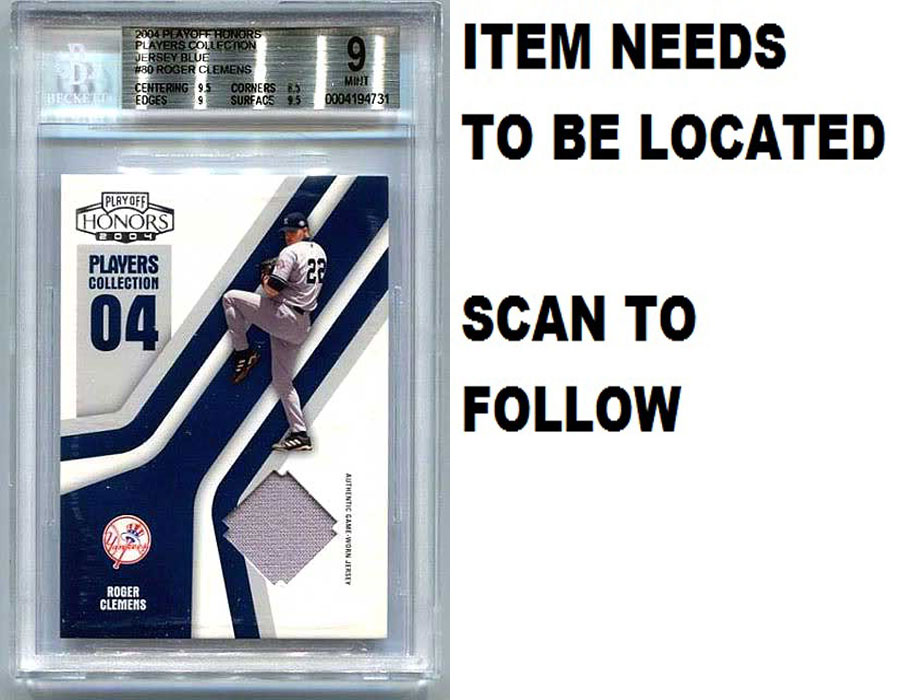 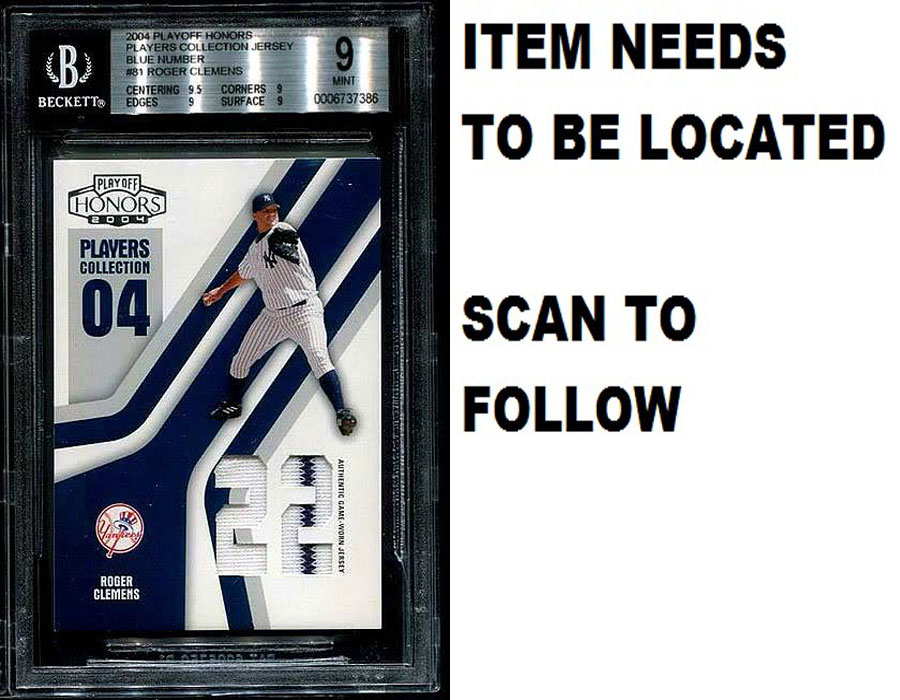 I'll get to the Prestige and Studio when I can
J

OK finished the 2004 Player Collection for the Prestige and Studio brands that were here in this box I am doing now.
Something tells me most of my PC80 cards are together somewhere- just a guess since most of the PC81 seem to be here together. Just a few of the PC80 are in this box so they gotta be somewhere else of course
Again no idea where I stand on either set I haven't seen my box of game used since I moved 2 years ago. 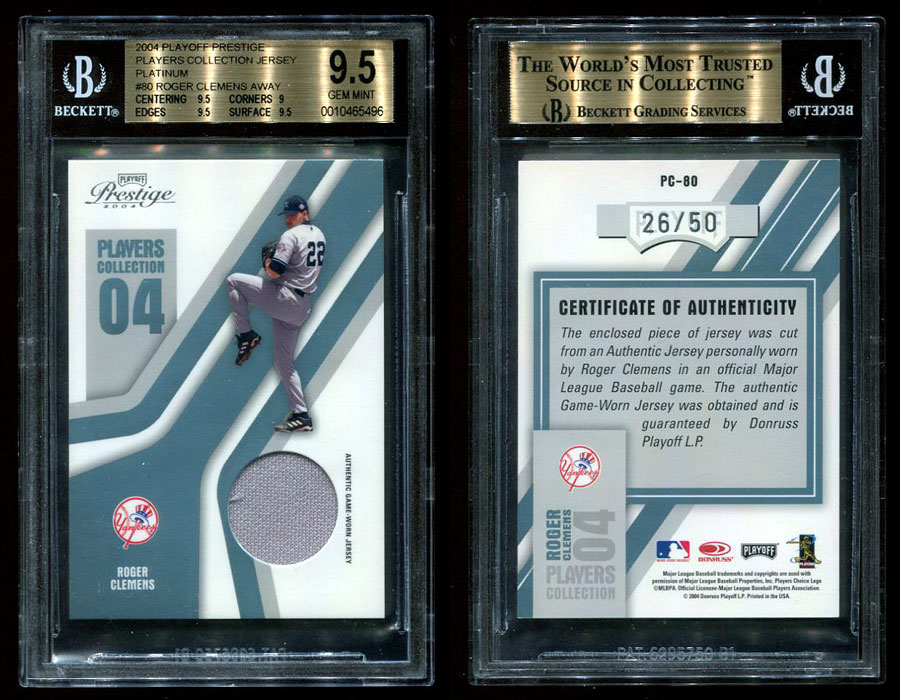 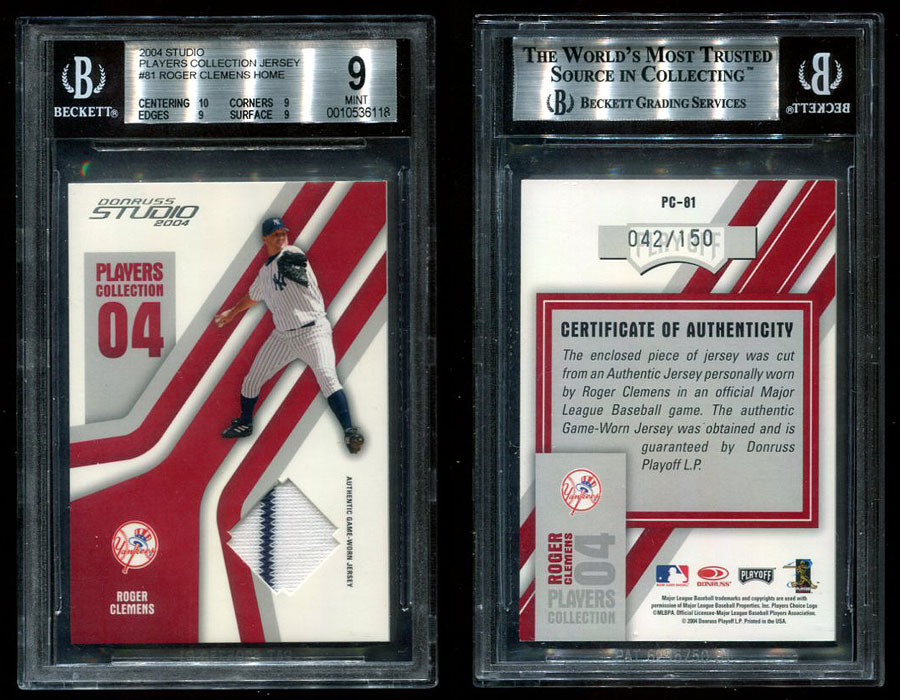 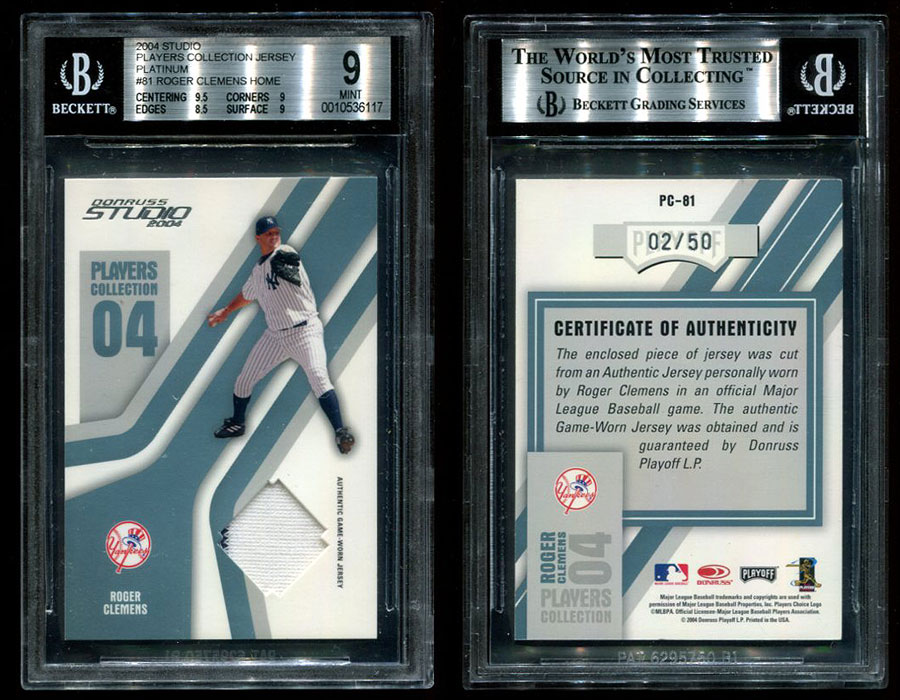 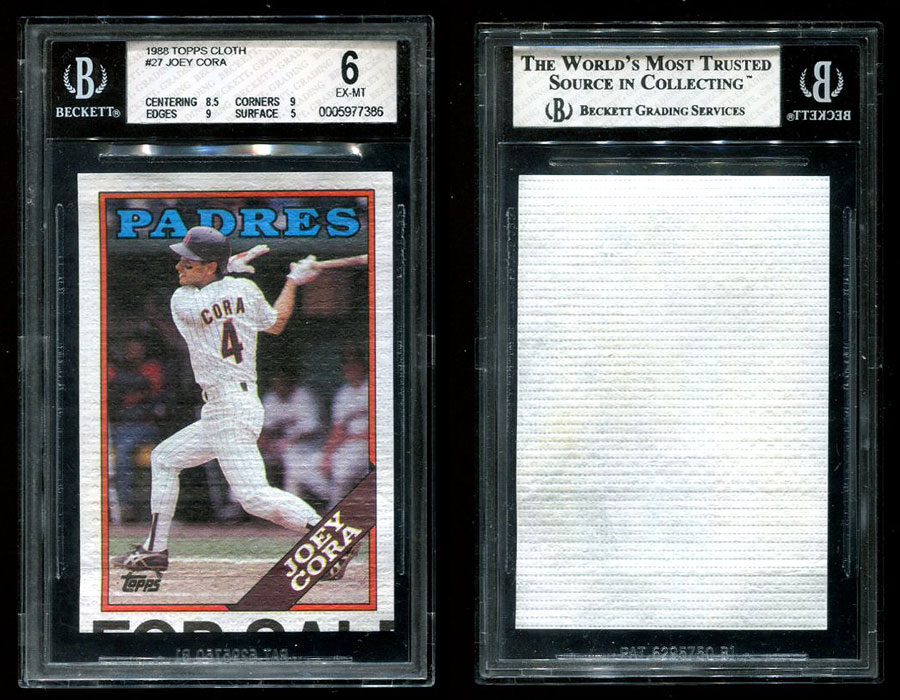 Next up is the 2007 TOPPS STERLING Clemens slabs in this box. This series was very expensive ( think boxes were $200+)
If ever a series drove me to just avoid opening- this one was it. The cost vs ROI was HORRIBLE unless it was a) your guy or b) a MAJOR player. Combine that with a plethora of dealers who broke rules and peeked at boxes ( opened seals then claimed to customers thats how it came).

These boxes came sealed in plastic- if it's missing plastic then it's not "unopened" and therefore be wary of that dealer it has been cherry picked. Most times I'd just avoid buying boxes altogether. I avoided them when they came out anyways as I was still working on 2006 UD Epic back then. Think its been 5-8 years since I added to my Sterling Clemens as I really have not bought much Clemens at all the last few years . Been concentrating on other stuff ( and players)

First up will be his Base items in this box-- not sure where #117 is currently but 7 of the 8 base cards are shown
These cards you can buy from $3-10 depending on who is selling. Got most of mine for $5-10 delivered each 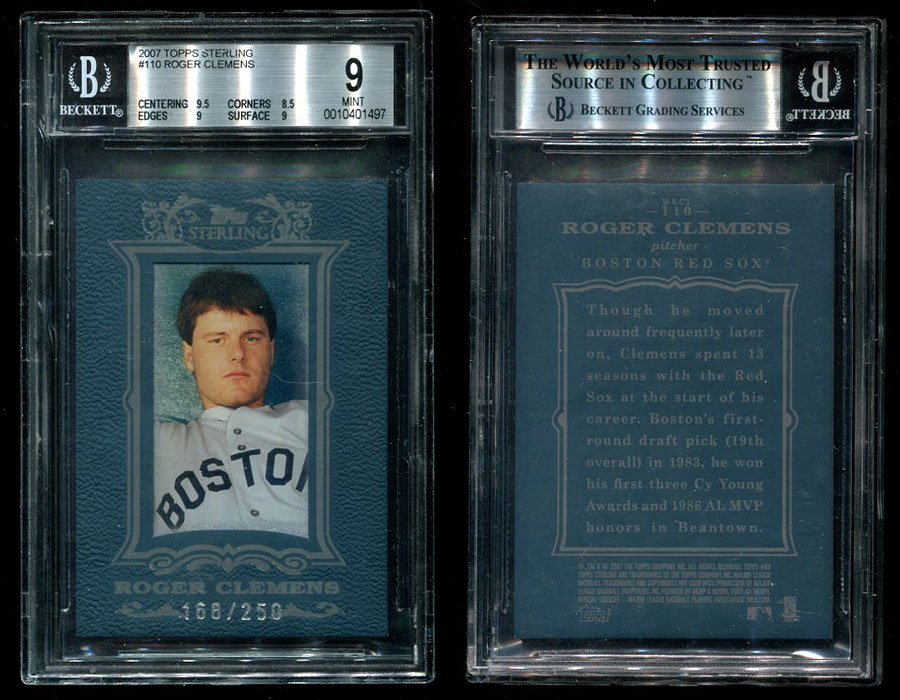 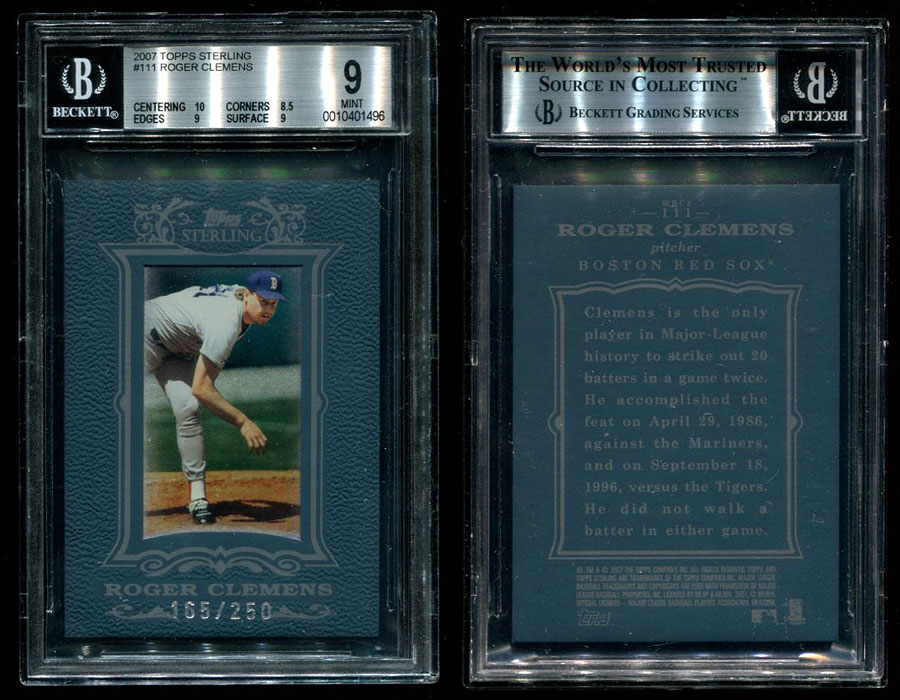 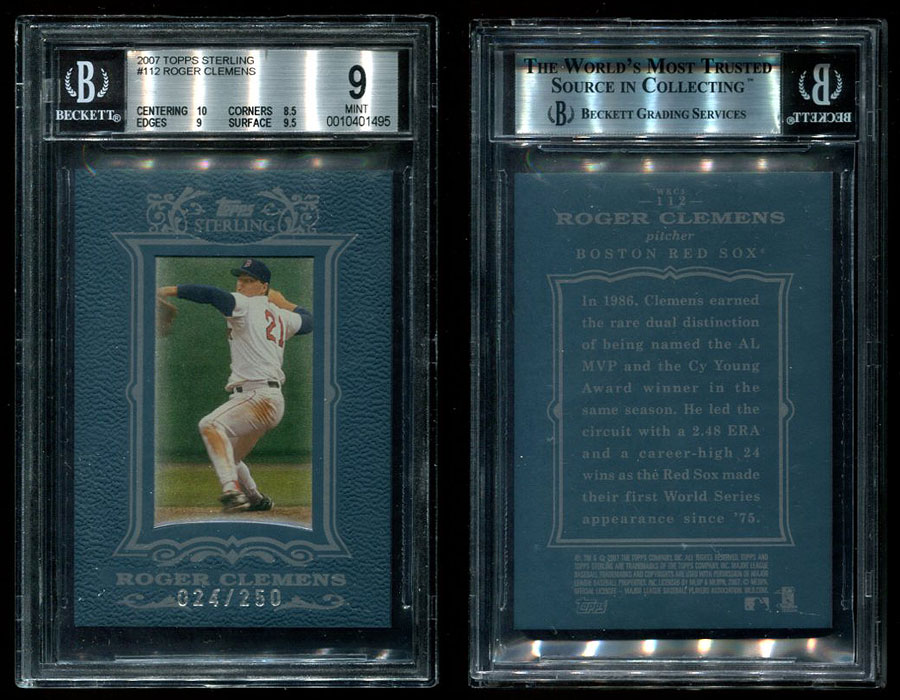 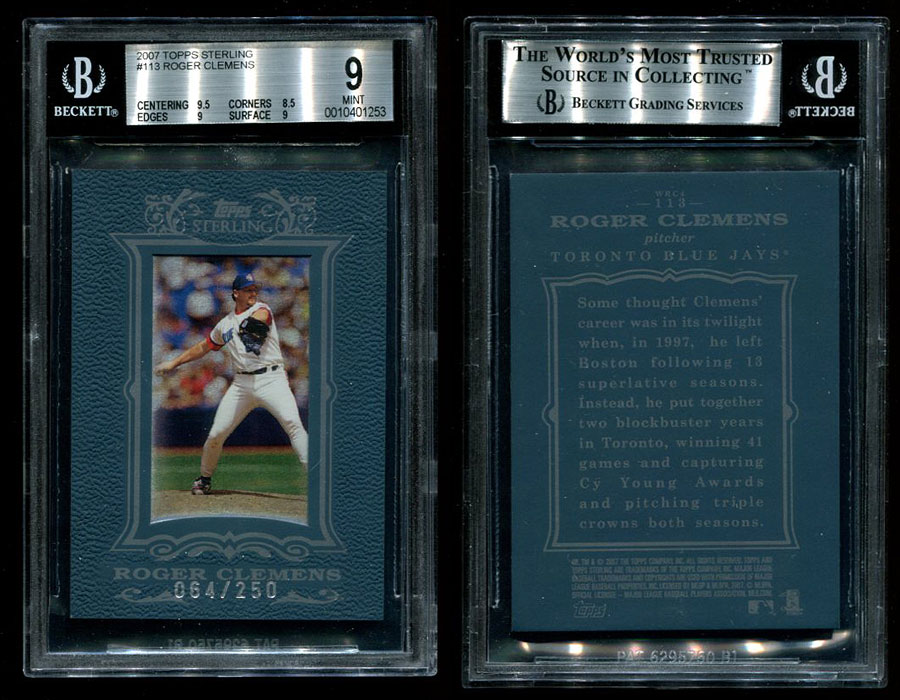 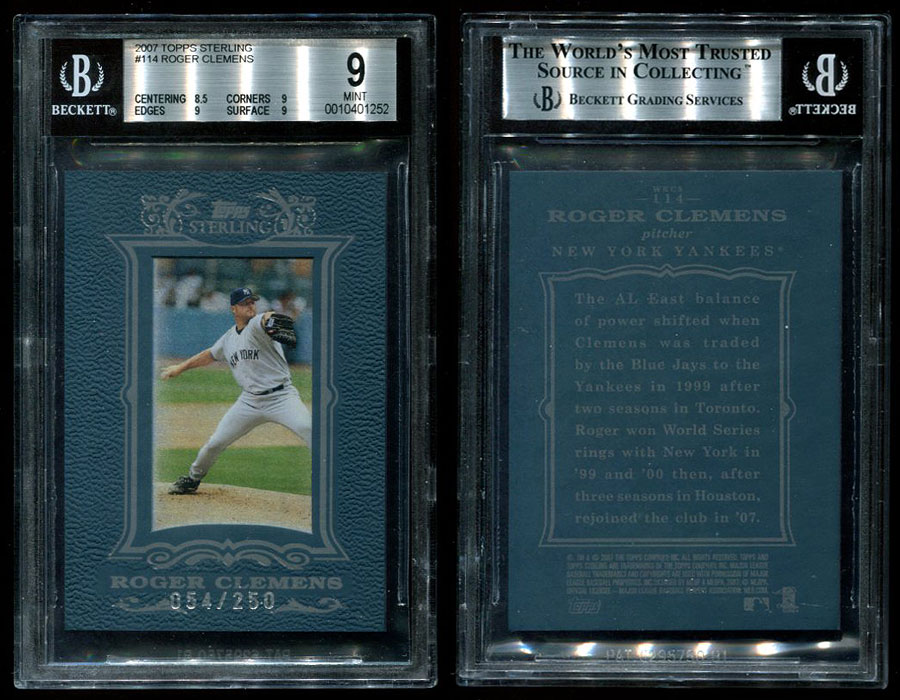 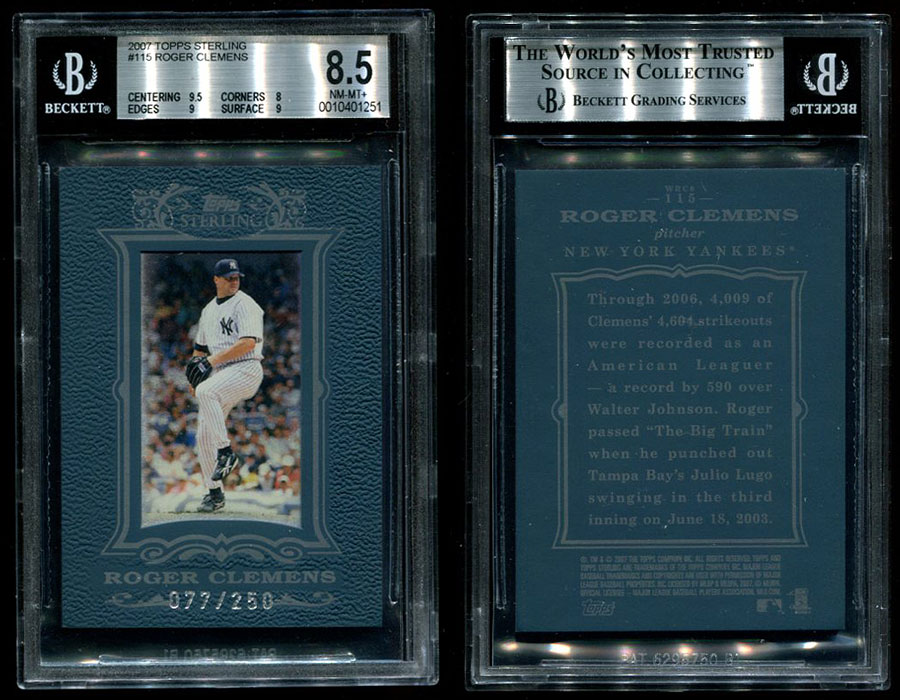 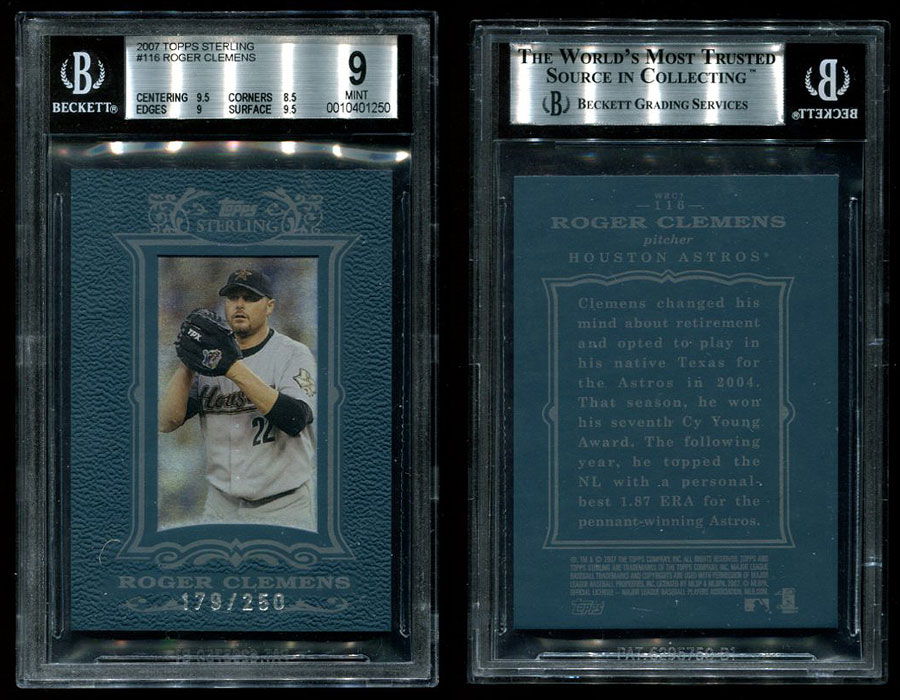